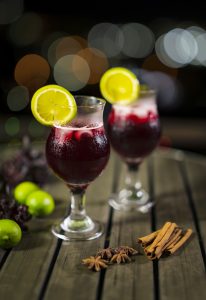 It’s not Christmas in Dominica, and throughout the Caribbean, without Sorrel Drink.

Traditionally served during Christmas and New Year’s celebrations, Sorrel Drink is a beverage made from the flower of the ‘Roselle’ plant in the hibiscus family (locally called Sorrel, the scientific name is Hibiscus sabdariffa).  The bright red petals are steeped with various spices including cinnamon, cloves, bay leaves, lemon or orange peel, and ginger according to your taste. Some versions of Sorrel include white or dark rum, but this is optional. The resulting beverage is tangy and a bit acidic similar to lemonade and is served over ice.

At Hotel the Champs and restaurants and bars across Dominica, one is sure to find a version of Sorrel drink during the holiday season. 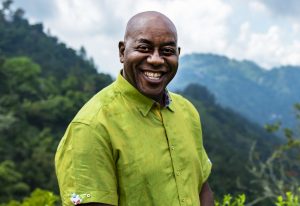 In 2018, famed British Chef, Ainsley Harriot filmed an episode of Ainsley’s Caribbean Kitchen in Dominica.  The episode aired on ITV in the United Kingdom on Sunday, March 10, 2019, and featured a variety of traditional Dominican delicacies and highlighted elements that truly showcase why Dominica is the Nature Island and a must-visit.  The signature cocktail during this episode was Sorrel Drink, which he prepared right here at Hotel the Champs.  View the episode’s trailer here: Ainsley’s Caribbean Kitchen Episode 8 – Dominica